Lift the Ban on Sharing Antimicrobial Copper’s Proven Ability to Fight Infections. And Save Lives.

The Risk. Healthcare-acquired infections (HAIs) are a staggering problem in the United States. One out of 25 patients that enter a hospital today will develop an infection during their stay, leading to over 75,000 deaths and an estimated $147 billion in added costs every year.* In addition, nearly 2 million people are infected by antibiotic-resistant superbugs like MRSA each year, leading the CDC to warn of “catastrophic consequences” if the threat isn’t addressed.

The Problem. An EPA policy is preventing proponents of antimicrobial copper from sharing third party, peer-reviewed scientific research on copper’s ability to reduce infections. This is making it impossible to effectively communicate the value of this lifesaving, cost-effective solution to the healthcare community who could use antimicrobial copper to help vulnerable patients avoid deadly infections!

The Request. We ask the Administrator to immediately instruct the EPA to lift the ban and allow producers, manufacturers, and users of antimicrobial copper to make infection reduction claims that are proven and supported by peer-reviewed research. 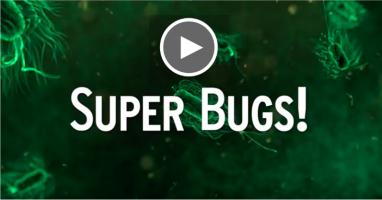 Ask the Administrator of the US Environmental Protection Agency to lift the ban on sharing antimicrobial copper research. We encourage you to copy the text provided to send an email to the EPA Administrator today. 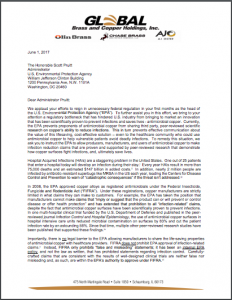 Hospitals can be dirty and pose a risk of infections.*